Showing posts from April, 2012
Show all

- April 19, 2012
April 13, 2012 — Massachusetts Citizens for Children, also known as Mass Kids, a Boston-based nonprofit that advocates for the welfare of children, announced that it recently received an $80,000 grant from the Ms. Foundation for Women to fund a campaign that aims to end child sexual abuse. Massachusetts Citizens for Children (MCC) is the lead agency for the Enough Abuse Campaign, an effort that helps communities build local coalitions to prevent child sexual abuse and provides tools and training to educate parents, youth, and a wide range of professionals about prevention strategies. MCC Executive Director Jetta Bernier said, “This latest grant will help the campaign move closer to its goal, that by 2015 every city and town in Massachusetts will be actively engaged in preventing child sexual abuse in their homes and communities." The campaign, which launched in 2002, operates in Gloucester/Cape Ann, Orange/Athol, Newton/Waltham, Greater Springfield, Lowell, and in several w
Read more

- April 09, 2012
The March 30 th  Letter writer Paul Shannon (“Voice of reason muffled over child abuse bill”) wrongly depicted support for repeal of the Statute of Limitations in cases of child sexual abuse as “madness” and its supporters as operating under “mob mentality.”  Under the guise of supporting “evidence-based” policies and opposing hysteria around sex offenders, Mr. Shannon concocts a false and fear-mongering scenario in which repeal, he says, would result in police taking a person accused of a 40-year-old child sex crime into custody “without any significant corroborating evidence.”  The fact is that repeal of the criminal Statute of Limitations would have no retroactive impact on past crimes. After the bill’s passage, only future victims would be able to file charges against their abusers without having to do so before an arbitrary time clock ran out. Readers should know that Mr. Shannon’s interest in opposing SOL repeal stems from his long history of defending child sexual abusers. A
Read more 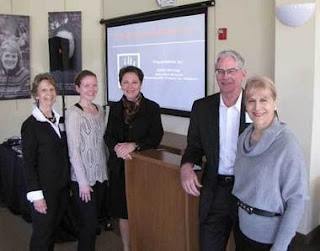 published: April 1, 2012 in the Warren Reporter Legislators, social service organizations, municipal officials and educators convened in Newton on Friday to begin a local effort to combat child sexual assault. Sussex County nonprofit agency Project Self-Sufficiency has been chosen, along with only two other nonprofit organizations in the state of New Jersey, to take part in a ground-breaking effort to end child sexual abuse in partnership with Prevent Child Abuse – New Jersey. The agency will be joined by PEI Kids, located in Mercer County, and Wynona’s House, headquartered in Newark, as the first organizations in New Jersey to replicate the Enough Abuse Campaign throughout their communities. The initiative aims to educate teens and adults about the nature and scope of child sexual abuse, and provide the tools necessary to protect children. For example, studies continue to show that many parents believe the major risk of child sexual abuse involves strangers, when in fact, up to
Read more
More posts