Showing posts from May, 2012
Show all

Gaming panel head is pressed to reveal terms of settlement

A leading children’s advocacy group Tuesday called on the new acting director of the state’s gambling commission to disclose the terms of a child sexual abuse settlement, joining critics who have demanded a closer look at the allegations. The Massachusetts Citizens for Children said the gambling commission should press Carl Stanley McGee to provide details of the confidential civil settlement he reached with the teenage boy who accused him of sexual assault in 2007.
Read more 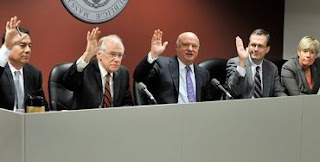 Members of the five-person Massachusetts Gaming Commission  respond to a reporter's question during a news conference in  Boston in March. On May 1, the commission voted unanimously  to hire Stan McGee as interim executive director. -The Associated Press

McGee, 43, was accused of, but never officially charged with, sexually assaulting a 15-year-old boy at a Florida resort in 2007. He reached a confidential agreement to settle a lawsuit with the boy's family in 2011.


At a press conference held in the conference room at Massachusetts Citizens for Children, also known as MassKids, Executive Director Jetta Bernier called on McGee to waive the lawsuit's confidentiality agreement and p…
Read more 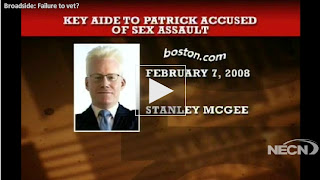 MCC Executive Director Jetta Bernier and Board Member Carmen Durso Appear on NECN program to discuss Stanley McGee WATCH VIDEO (NECN) - It's the latest controversy to brew in the Bay State, but it's roots go back to 2008.

That's when Stanley McGee was accused of assaulting a then 15-year-old boy in the steam room of a Florida resort.

Earlier in 2012, McGee was hired to be the executive director of the Mass. Gaming Commission.